Catherine Staite, Director, INLOGOV Working in partnership in the public sector has never been easy.  Diversity in size, ambition, buying …

Hello there! We are in the very early stages of forming a new, informal community of organisations, people and groups who want to link together for the betterment of Birmingham. We'd like to involve as many groups and individuals as possible in Birmingham Partners, so would love…

This Ramadan has been a very different experience for Muslims around the world and in Birmingham due to the impact of Coronavirus and the celebration of Eid will also be different.

Since the 23 March 2020, following the UK Government’s official announcement that all places of worship should close, alongside the advice of both the Muslim Council of Britain and British Board of Scholars and Imams that Muslim communities must pray from home and not congregate together for worship, Mosques and communities across the UK have diligently and responsibly adhered to the guidance and advice which has continued for the duration of Ramadan.

Mosque leaders in Birmingham have been working extremely hard and have been instrumental in ensuring that lockdown measures are strictly adhered to in order to protect lives.
Your continued support with these difficult decisions has meant that collectively we have been able to:

However, we are at a critical juncture where any easing of social distancing would risk another peak and undue all the hard work undertaken thus far.
Unfortunately, this means that restrictions cannot be removed foreseeable future and not before Eid this coming weekend. This means that congregational prayers within Mosques or outside in open spaces are still not possible.
Our clear guideline based on Public Health advice to continue protecting live, reduce the further spread of the coronavirus and risking a second peak is:

Please utilise the plethora of social media platforms that exist to celebrate Eid virtually with your family and friends.

Chaand Raath
In recent years we have seen a cultural event of Chaand Raath (night of the moon) taking place on the night before Eid. This has involved large numbers of people congregating to celebrate and mark the end of Ramadan and the arrival of Eid. Chaand Raath is a spontaneous event that has no official organiser or sponsor and this lack of coordination and planning presents a great risk for the coronavirus spreading.

With the current COVID-19 regulations preventing more than two people (not from the same household) gathering in a public space. We, therefore, request that people do not come out and put the health and safety of themselves, their families and of others at risk; this message
is endorsed by all the main mosques in Birmingham, Birmingham City Council and West Midlands Police.

Those wishing to visit a cemetery or crematorium grounds should visit the Birmingham City Council directory for more information on opening times for each individual site. All sites are open on weekday evenings, from 4:30pm or 6:30pm depending on when services conclude.

It is essential to continue to follow Government advice on preventing the spread by regular hand washing and social distancing and guidelines on self-isolating. Birmingham City Council appreciates and respects the hard work our Mosques in the city are doing during this challenging time.

Sport 4 Life UK CEO Tom Clarke-Forrest is one of 10 small charity leaders awarded places on a unique initiative designed to both develop their own strategic and leadership capabilities, and transform a further 10 charities.

The successful applicants to Pilotlight’s 2020 Bursary Initiative will each be matched with three other senior leaders from the public and private sectors, forming teams which will support charities who have come to Pilotlight in need of strategic input. The engagement between these teams and their charities will be facilitated and project managed by Pilotlight, requiring just three hours of their time each month.

Recipients of the bursary, now in its third year, come from frontline charities in a broad range of areas:

Tom Clarke-Forrest said: "I'm delighted to receive a Pilotlight Bursary to enable my place as a Pilotlighter in a new team. I'm looking forward to supporting another charity on their exciting journey. Having benefited first hand from the Pilotlight programme, I'm a huge advocate of the approach, and I hope I can add value over the next year."

Bruce McCombie, interim CEO, Pilotlight, said: “The social change we ignite doesn’t just impact charities, it impacts the Pilotlighters who coach and mentor those charities too. That’s one of the many reasons why major businesses including Morgan Stanley, Lendlease and Sodexo sponsor their staff to become Pilotlighters.

“Pilotlight has now supported nearly 1,000 charity leaders and through the Bursary Initiative we’re enabling some of them to continue their leadership development by sharing their experience with another charity.”

Angela Smith-Morgan, CEO of Leukaemia UK and a previous Bursary Pilotlighter, said: "As a charity leader myself it has been so interesting to sit at the other side of the table, get to understand a charity in a different sector, and draw on my own experience to tease out the key issues. This is an invaluable opportunity to see the full dynamic of a charity, its governance as well as its operations - so satisfying to be able to help and support a charity whilst also learning so much myself."

The charities which will receive the support from the Bursary Pilotlighters’ teams will be matched over the next month, with engagements beginning this summer.

In the last 17 years, Pilotlight has matched more than 2,000 business leaders with nearly 1,000 charities since its inception. Pilotlight’s 2020 Impact Report shows that charities, on average, increase their reach by 36% and their income by 40% in the two years after working with the organisation. 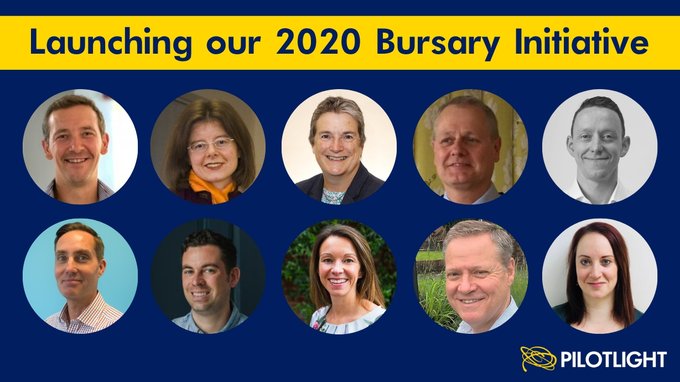 Last month, Birmingham City Council had launched the Small Business Grant funding but some are not aware that Community Organisations may also be eligible to apply and receive £10k or £25k funding.

More details about this can be found here:

Key information is as follows:

There are some FAQs – one of them deals with Community Organisation eligibility and the answer is
“If a community organisation meets all the criteria for eligibility set in the guidance it is eligible for Small Business Grants Fund” e.g. Community Centres, Sports Clubs, Scouts Groups

I am aware that a number of community organisations with buildings have been successful in receiving the larger amount which is positive but groups might not be aware of their eligibility for this Fund. I’m keen to hear people’s experiences so I can feed it back.

The University of Birmingham and Birmingham City Council are working together to study the implications of the shutdown on schools, teachers, pupils and parents due to COVID-19 pandemic.
Follow us on Twitter
My Tweets